Tuesday 5 January 2010
Gravel on Tarn Shelf was placed in three bags for moving by helicopter.  However there was still quite a quantity remaining and this will need another two bags.   The work will be done in conjunction with the next working bee on 16 January.
A section of the track that had been part of the original gravelling was previously noted to have a lot of gravel runoff that was gradually  filling in a small pool.  We placed a timber and rock backed border to halt this and placed the runoff gravel back onto the track.
A pile of galvanised nails was put in a 10 litre container for transport.
Bags of gravel upper site 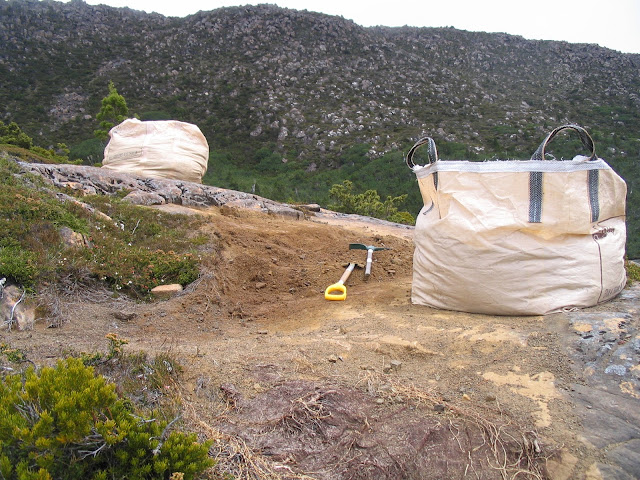 Bags on lower site with the remaining gravel in front 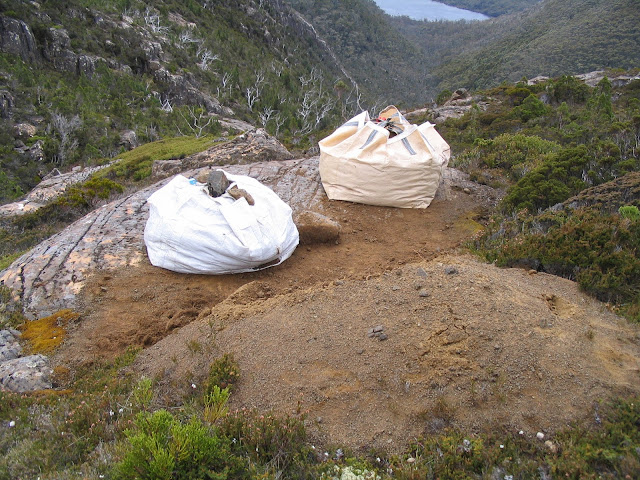 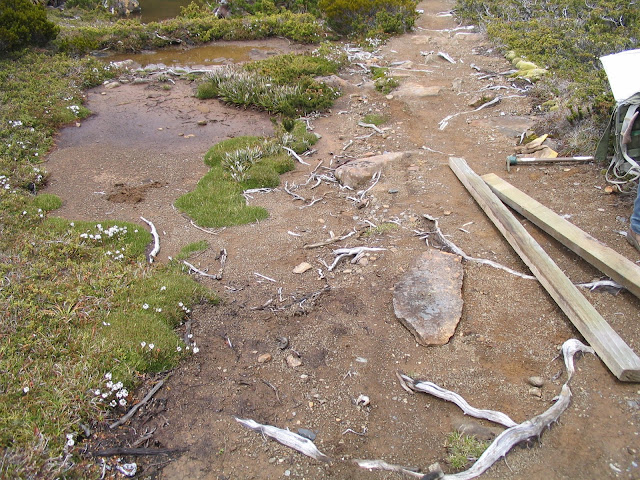 Same site after repair and with additional gravel added 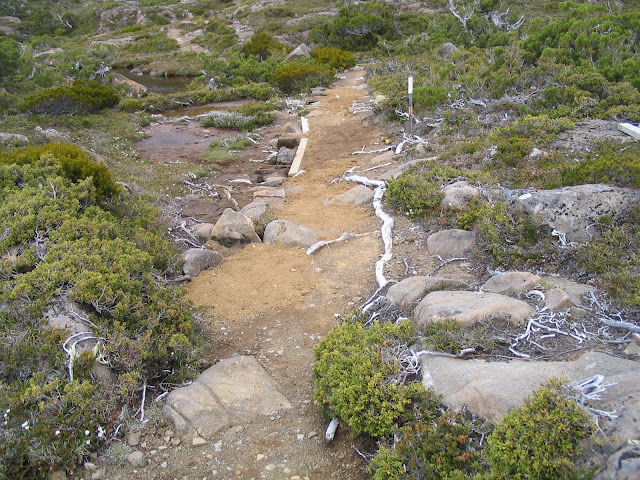 The container is completely full of galvanised nails 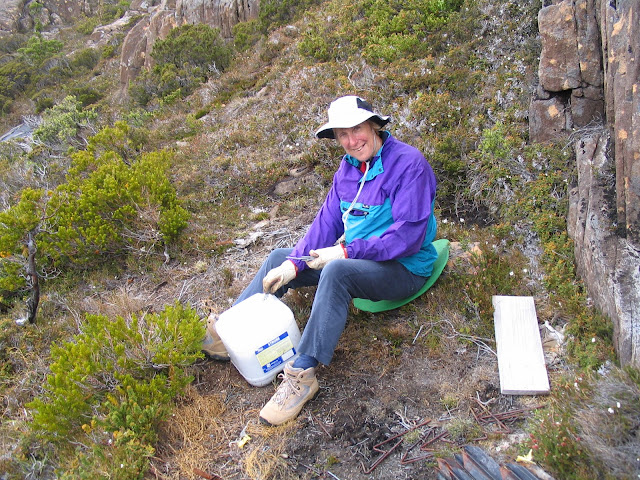