Delightful on the roof of Tasmania K Col December 2016

It was delightful on the roof of Tasmania with great views from the Rodway Range. That is we were early on this sunny morning on the way to K Col to complete the timber lining of the F.A. Bobs Peterson Memorial Hut.
The upper two strips of the lining for the ground floor required cutting out parts to fit the hut frame, so the work was more intricate and of course the loft is such a cramped space.   Greg took on the loft task which meant lying on his side and some really hard to get at spots for hand nailing.
Wherever there was a free area the varnish was added; there wouldn’t be too many carpenters who would put up with someone with a brush working on close proximity to whatever they had just a moment ago finished.  But efficient use of resources and time were paramount.  In between there was time to paint the front door which with the conditions on the saddle was in considerable need of a spruce up 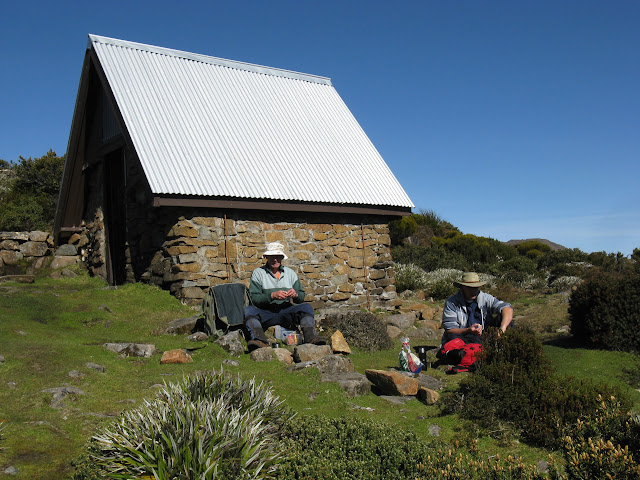 The job was completed soon after 3 pm and we back on the track soon after.


The track over the Rodway range is noticeably worn over the softer parts; that is when not on all the rocks up there. One annoyance that been present on all the excursions is the left behind tissues, especially the closer you get to the track start, and we do wish visitors would carry a small plastic sealable bag to take their damp tissues with them.

Full details on the the grant and project are available here.

A photo album is on line