19 March 2016
In many respects the track between Lakes Fenton and Webster was the catalyst for the Friends of Mount Field. Clearing the vegetation, particularly the Bauera, was proving too much to be done within the then adopt-a-track programme and help from others was needed.

The track included several wet areas which have progressively been hardened with rock and todays task was to do the last 20 metres remaining on a flat stretch with little option for effective drainage. After some recent decent rain the previous day the section to be done was quite wet, but we located plenty of suitable rock to build the track well above the water.


Prior to doing this we visited the newly boardwalked part of the Field East track to collect offcuts for removal and were most impressed with the work. Some boards timber remains onsite which will allow for a small extension. Water was running strongly below the planked walkway demonstrating the value of the new work.

We also located gravel to improve the track beyond the new bridge at Lake Fenton. The walkway and bridge were both part of a grant from Foundation for National Parks & Wildlife.
One interesting aspect to the day was the weather which worked out precisely as forecast. On the day prior there was a worrying prediction but on looking at the bureau’s MetEye it had reduced the rain threat to 10-25% chance by 8AM and 0-10% by 11AM onwards. This gave us the encouragement to not abandon the working bee.


More photos are online, including some of the new boardwalk at this link..  Click the image below to view. 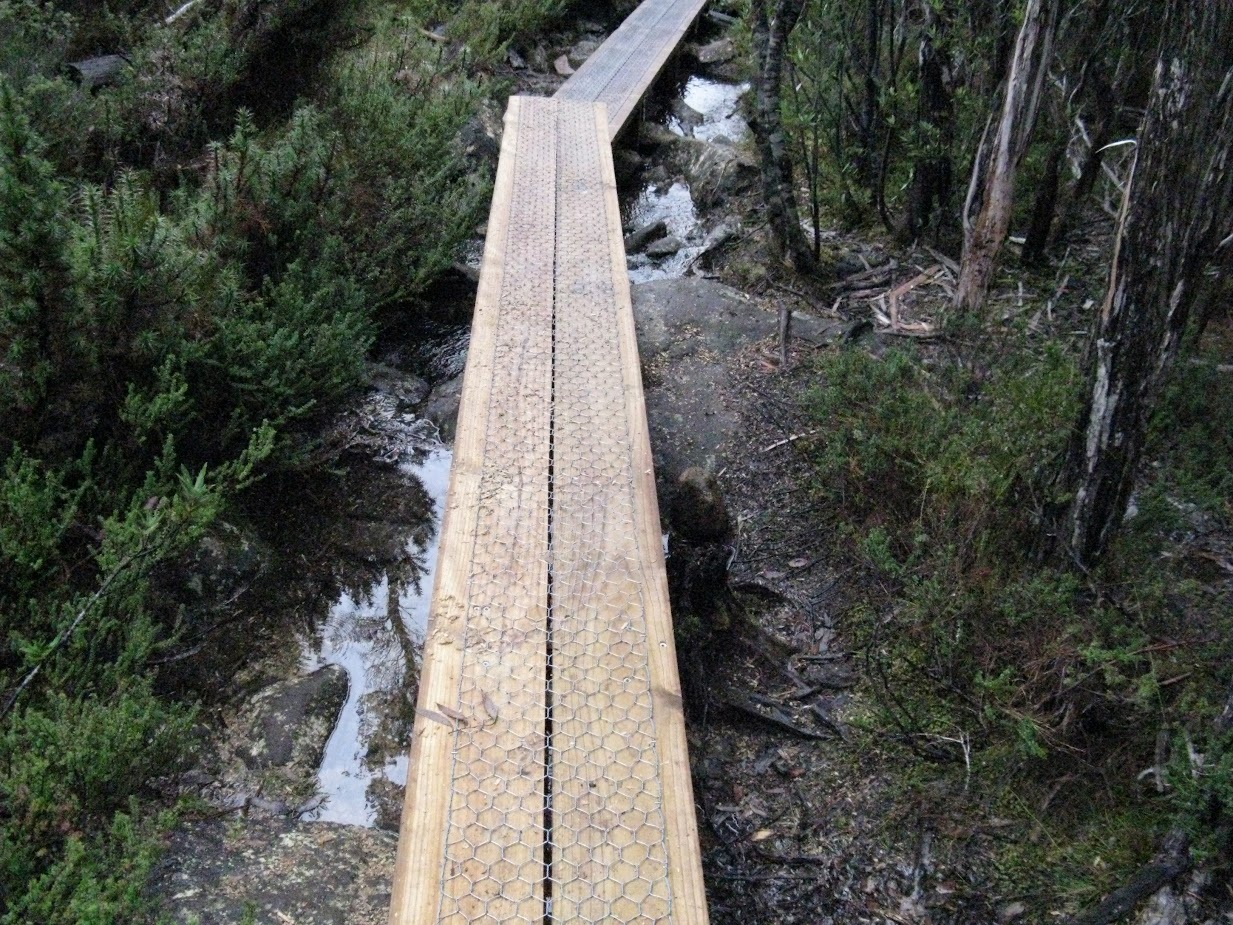