The section of track between the Lake Fenton carpark and the lake had not been trimmed since it was created about 10 plus years ago. Although it was obvious that vegetation was encroaching on the track there was still sufficient width for walking along, but it was also showing plenty of signs that it needed some work doing. 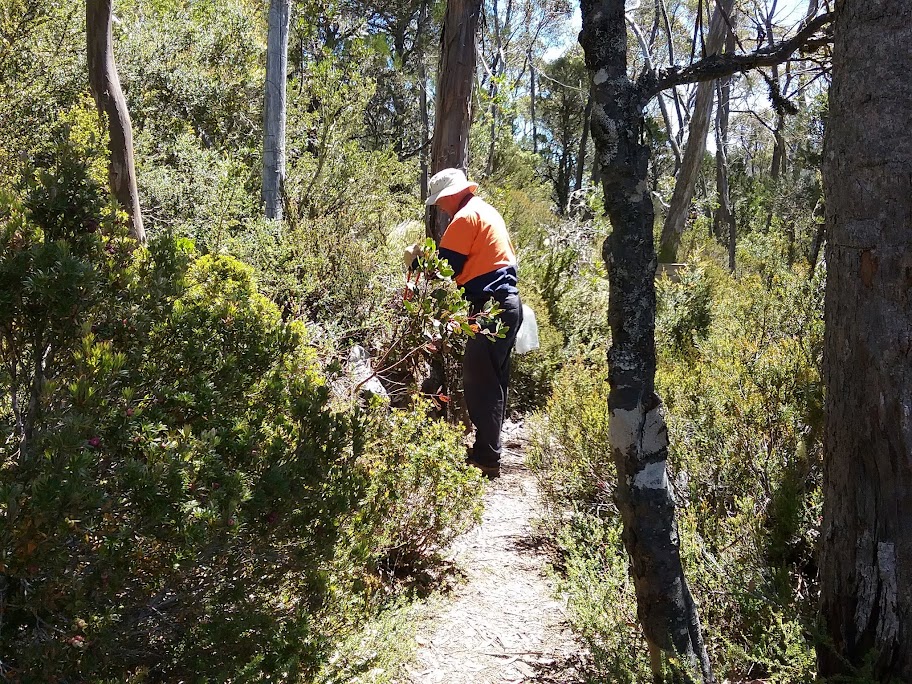 We discovered that the slow advance of the vegetation hid more than expected and it took much longer than expected to cut it back to the original edge of the gravel path. The day was warm which brought out the March Flies but not in plague proportions and by the time we finished the thought of a drink at the café was sounding appealing; we did make time though to look at the newly made bridge over Lady Barron Creek at Lake Fenton. 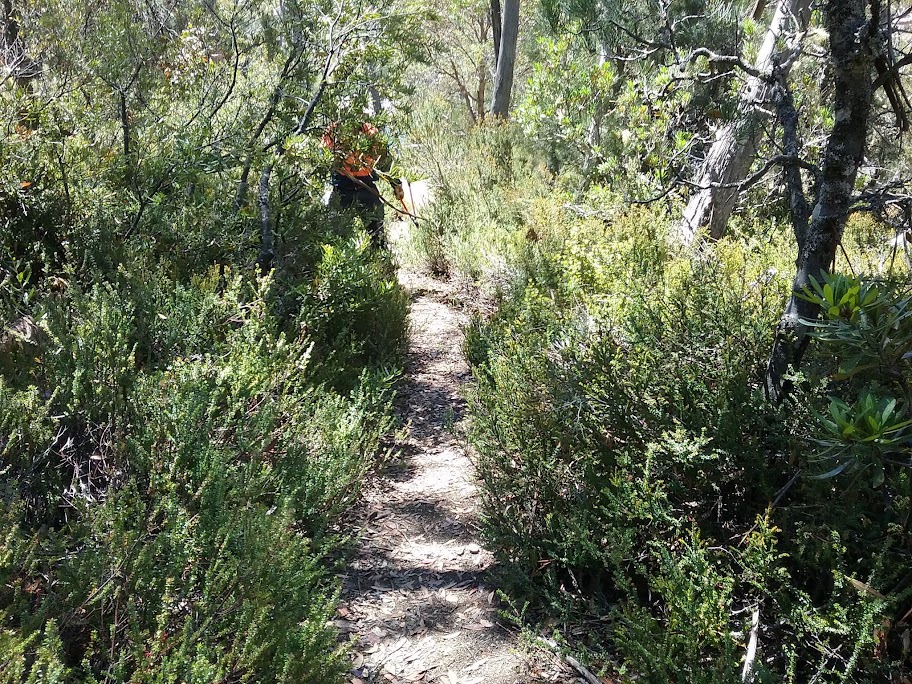 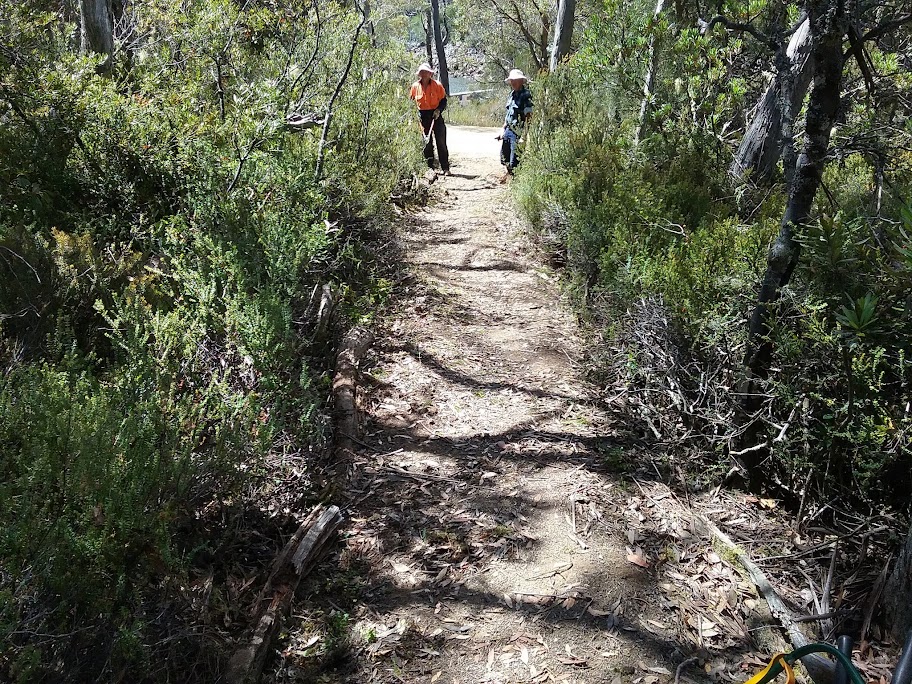