Saturday 19 July 2014
The gravel that had been obtained through a funding application to Wildcare was waiting to be spread.  We had imagined it would be a fairly fine grade, but to our surprise was a mixed variety of grades, including a component of bigger rock.  Some was used on the road and the rest spread along the first 130 metre of walking track.   As the gravel was spread the effect of following wheelbarrow loads, including two power barrows handled by PWS staff, gradually firmed down the surface. Only a small section of track was left to do when the gravel ran out. 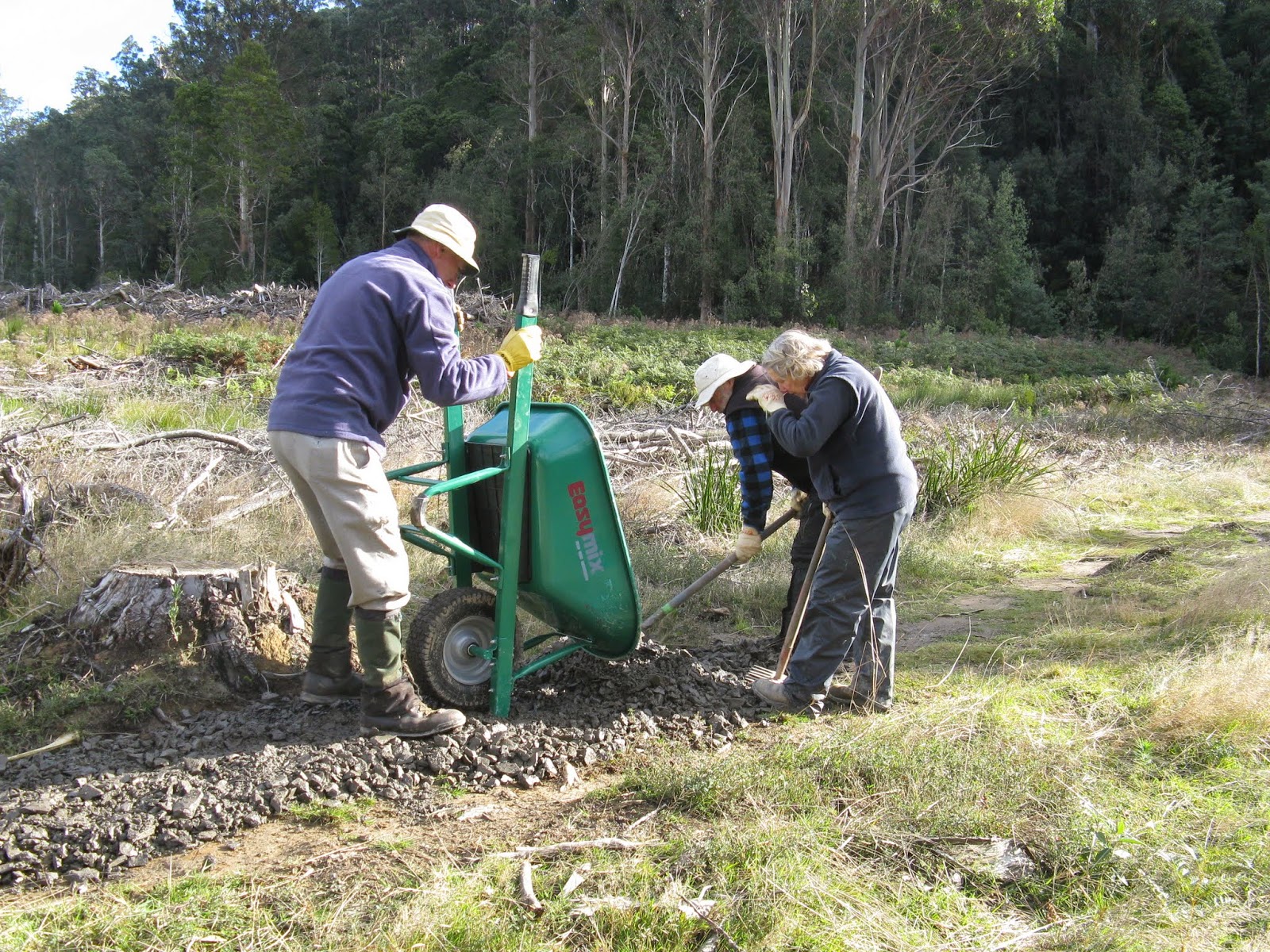 Juvenile exotic pines growing in the reserve zone were also removed by cutting down or, where possible, pulling them out.  Some small trees and shrubs that had fallen or were leaning over the track to Marriotts Falls were removed, except for the larger ones closer to the falls. They will need chainsaw action.  The wire on the boardwalks needs attention and some without wire were noticeably slippery.
One disappointing note was to learn that the plants by the Tyenna River were getting heavily browsed.  They had been growing so well and most had got higher than the tree guards, but it appears removing the guards was premature.