Sunday 6 December 2009
A large bag for helicopter transfer was taken to the gravel supply near Backhouse Tarn. However, there was much more gravel at the site than anticipated and we now need three more bags to do the job. If we can get them we thought of going up there in early January to finish bagging so they would be ready when the helicopter starting activity starts later that month. Some gravel was carried to various spots back along the track and laid as patch up work.
The broken windows in the lake Newdegate hut were measured for replacement and future work identified between the lake and where we have finished maintenance work. Marker poles were transferred to a new location close to where they will be needed.
Gravel for the track 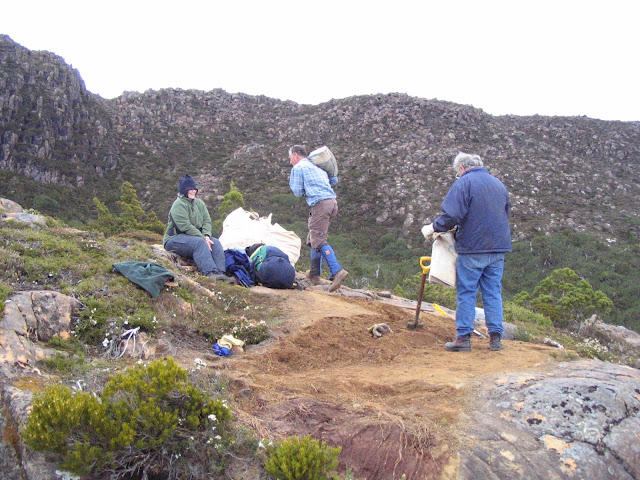 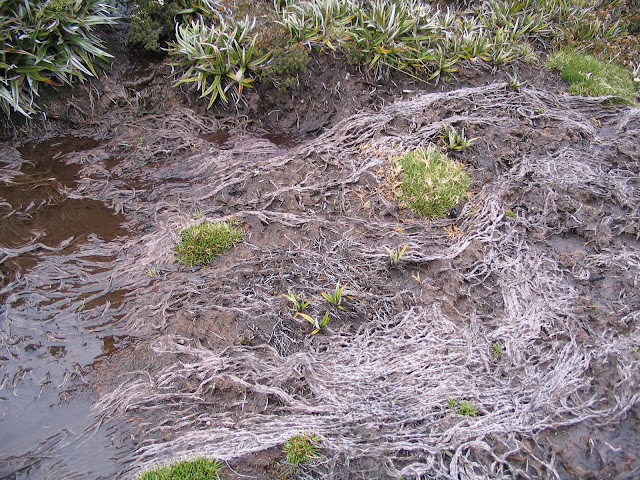