The forecast for the day was not ideal but we took the punt that there might be only an isolated shower or two at Mt Field. Although the day started not overly bad there were some light snow showers and several more serious flurries at times, however soon after lunch it became quite heavy and the wind became blustery so we knocked off and returned to the cars. On arrival back at the vehicles we got a decent lot and plenty of snow entered into the car boot as we packed things away.

Despite all this quite a reasonable distance of some 300 metres was worked on with about half the pile of hessian laid on degraded ground and quite a few bogs rocked over and some arrows signs installed.

The intended photos of the work done missed out due to the snow onslaught but a few of the people and conditions are shown below. 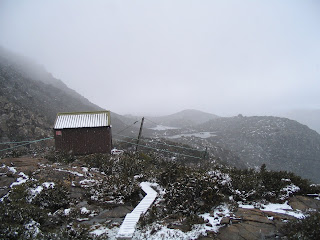 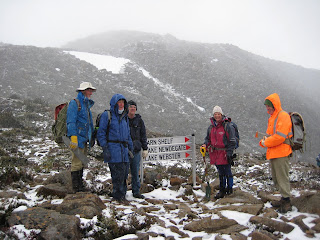 Laying hessian on closed off side track - photo by Peter Davis 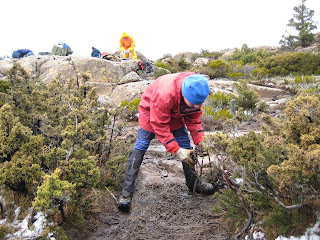 Next morning outside Oldina Ski Lodge - photo by Peter Davis 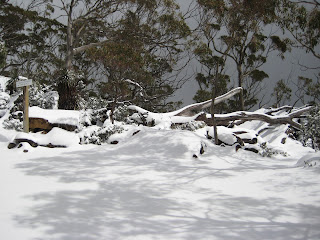