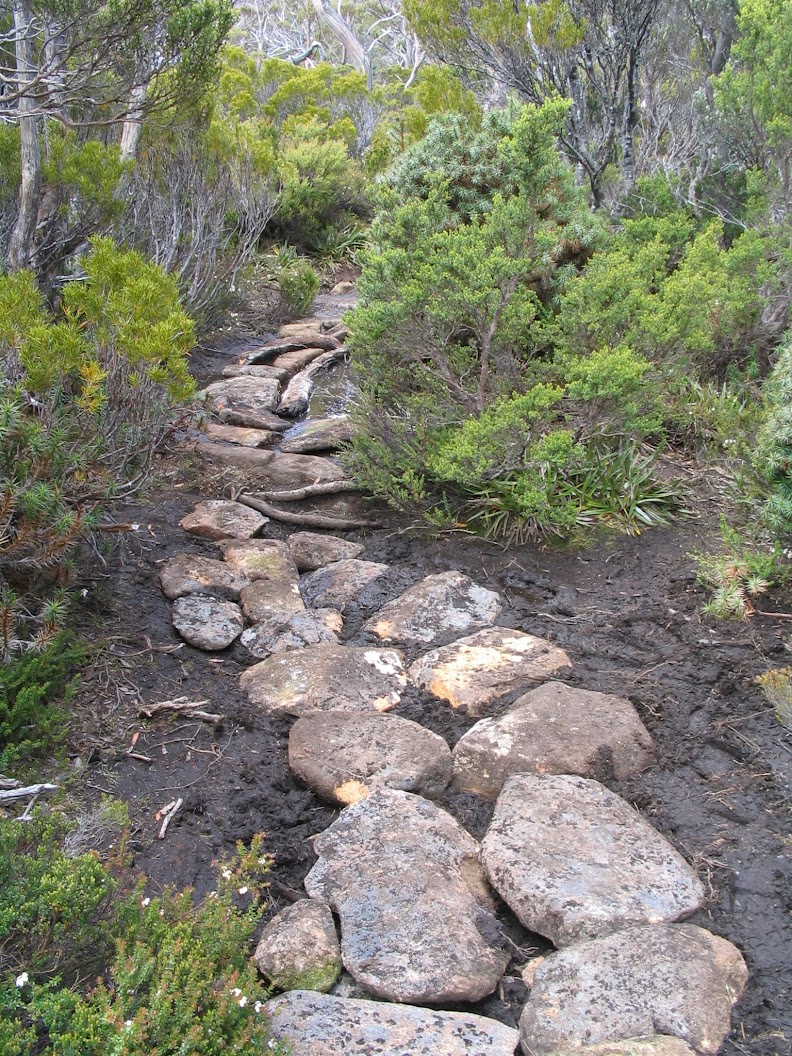 had become quite braided where walkers attempt to avoid the mud.  A deep bog just above the finish of previous PWS track hardening also had rocks placed there.   Fortunately suitable flat rocks were found near the track and a good proportion of these were on the vertical so minimising disturbance of the homes of wildlife.  Approximately 90 metres of  track was work  on, not all this length required rocks however.  A great effort from Greg Kidd  and Philip Rogers along with a bit of help from Peter Franklin.
While the rock work was progressing Sue Franklin cleared  vegetation growing out onto the track between the summit and the boggy area, (aprox 150 metres).


Prior to the Seagers turnoff an old dead tree had recently fallen over the track and it  was removed using a small bowsaw and a lot of patience.  Quite some time was spent sawing from different positions to allow clearance for the frame of the saw.  The remains of the tree was pushed off the track.

A very successful day, although the weather wasn't as fine as predicted as it was misty most of the time.   The remainder of the boggy sections of the Seagers Lookout track were hardened with rock and the  overhanging vegetation left over from the previous working bee was cleared back..  Time was also spent of the Fenton Hut with the gutters being cleaned, walls cleaned with sugarsoap, a general tidy up inside and the thick vegetation on the track to the old toilet mostly cleared. 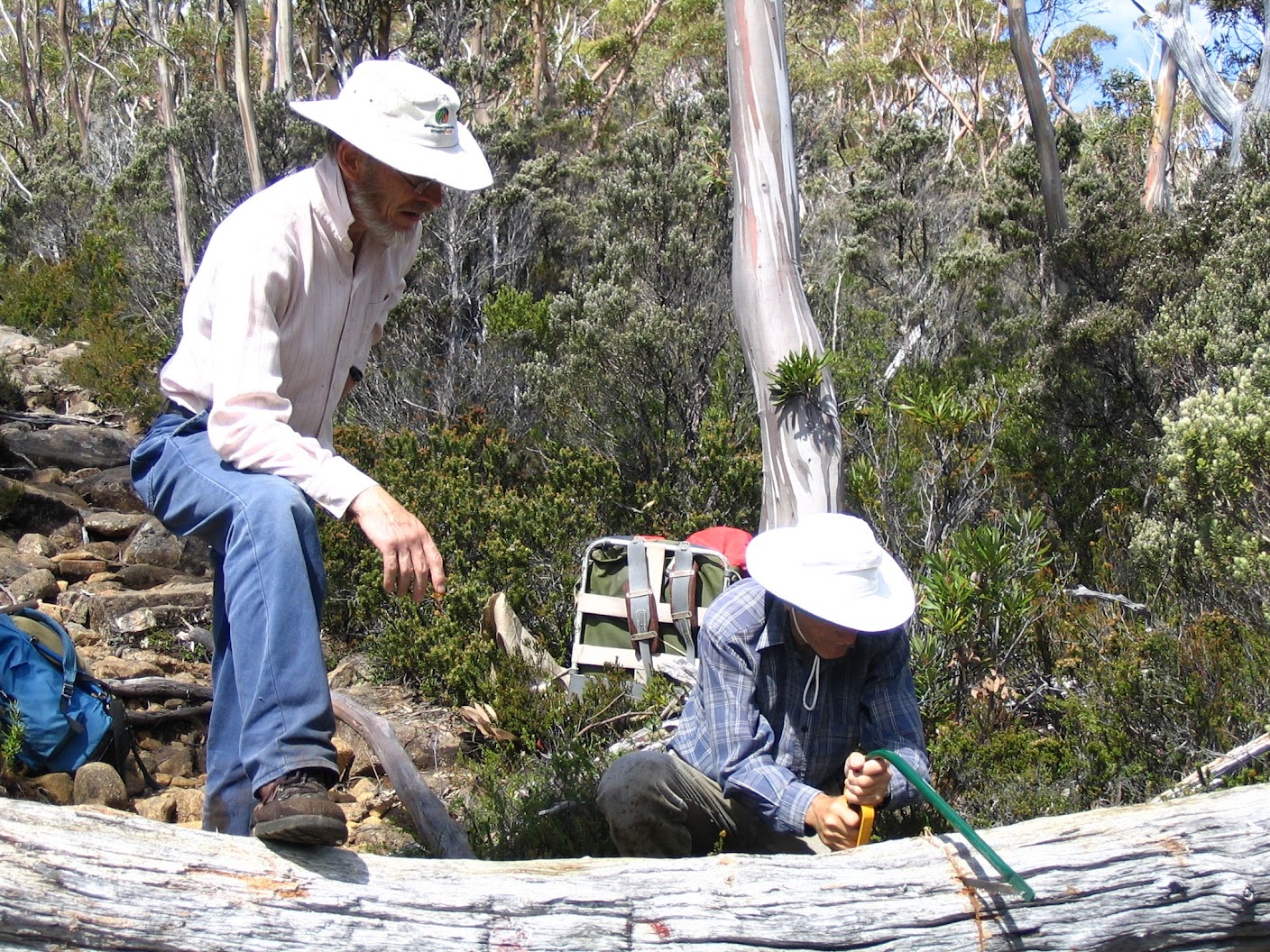 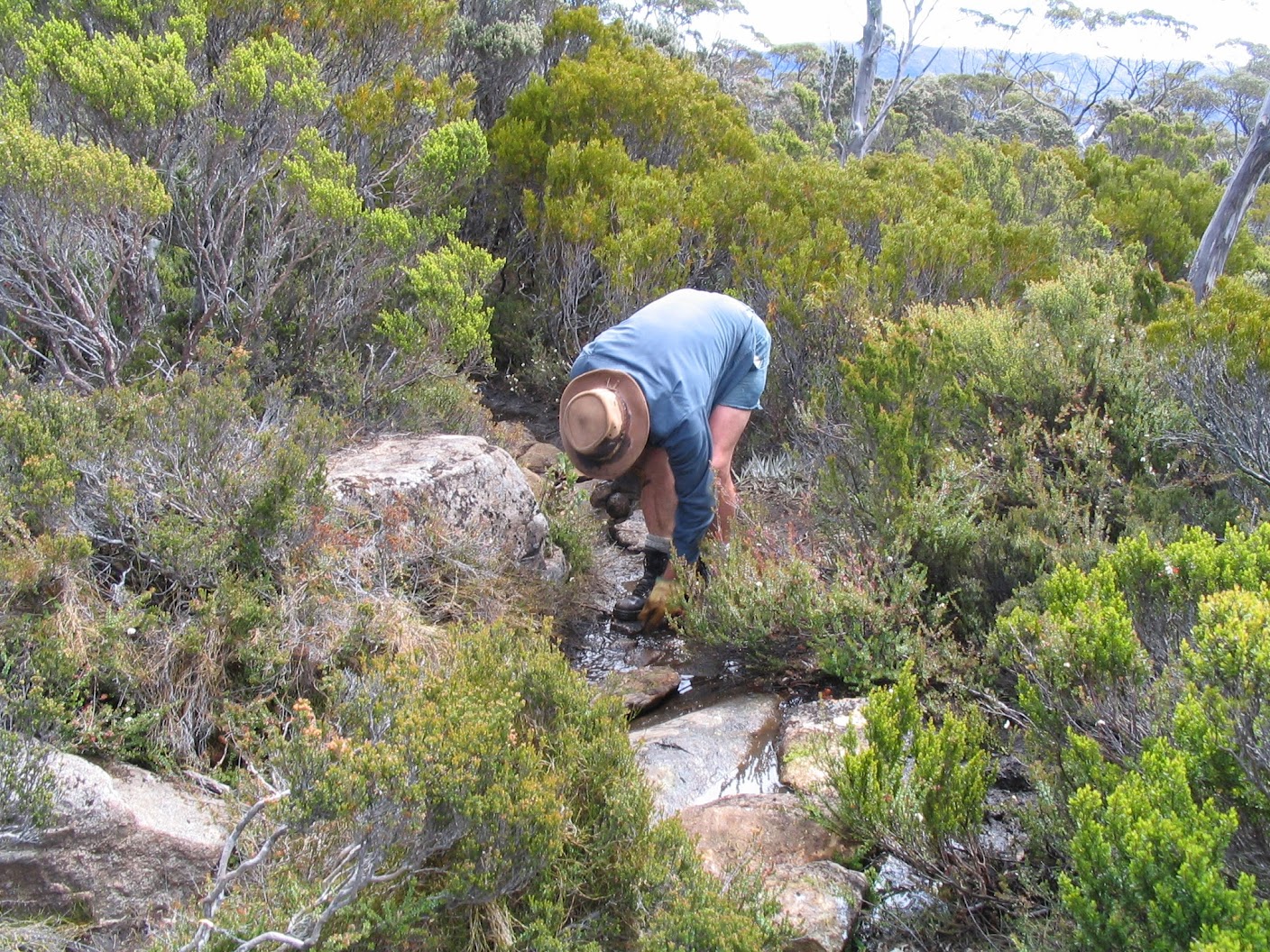 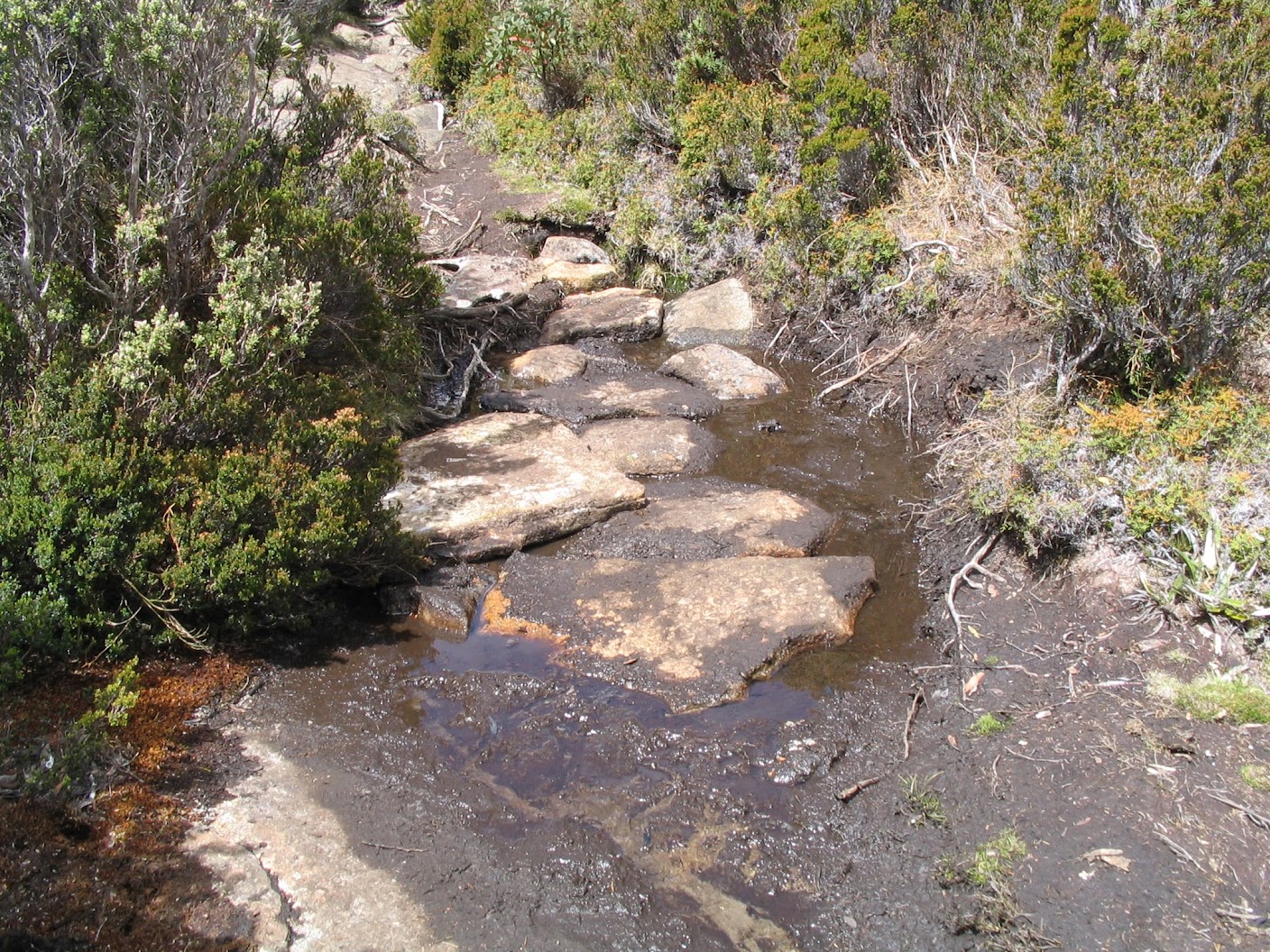 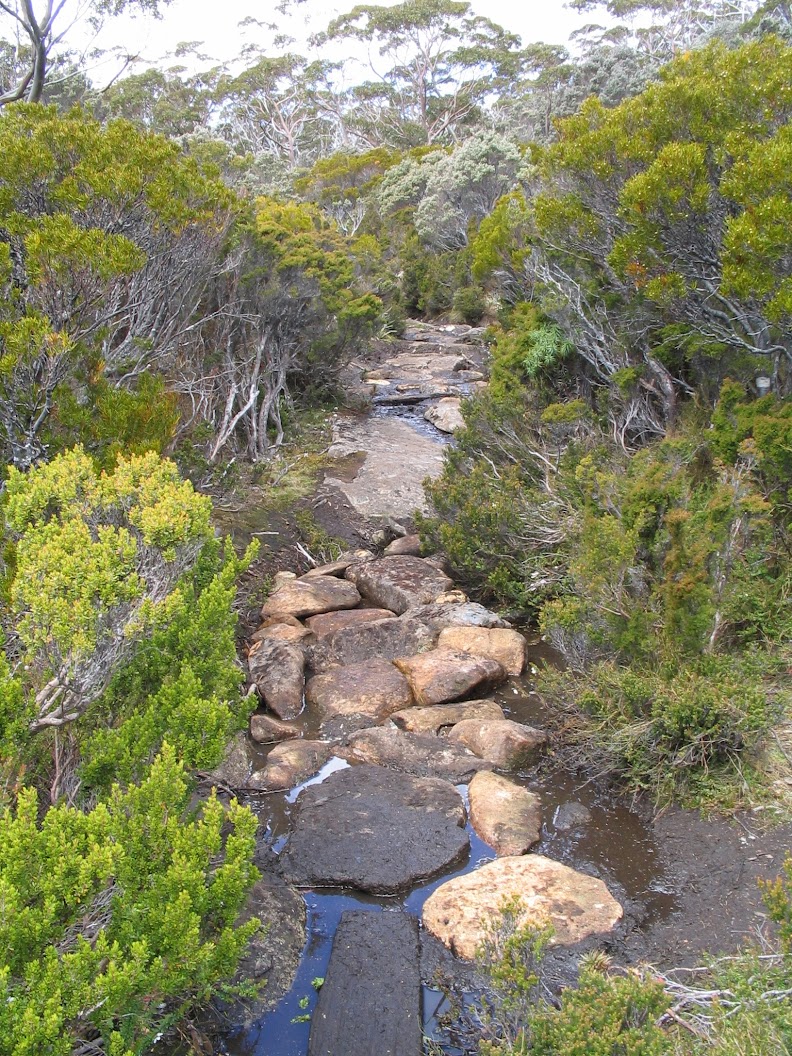